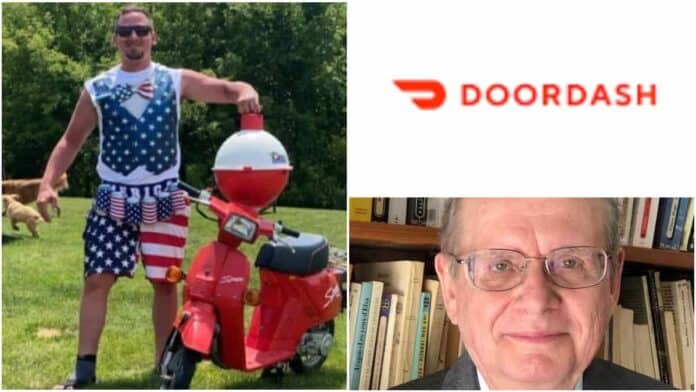 John Norman, the Town of Barton man accused of shooting at a West Bend DoorDash Driver, was free on a signature bond and on $300 bail in two previous felony cases, Wisconsin Right Now has learned.

In fact, in the second felony case – for bail jumping on the first one – John Joseph Norman was released just a week before the DoorDash incident on $300 without having an initial appearance, which wasn’t scheduled until March.

Norman’s Facebook page says he is from Cedarburg and is owner-operator at Norman Services. He also goes by the name Jack Norman.

Bail reform has been a topic of interest in Wisconsin since the Waukesha parade attack. Much of that controversy has focused on Milwaukee County. The cases in this story are all from Washington County. Assembly Republicans voted just the day before to change the state Constitution because it limits judges to setting bail based on the amount needed to ensure a defendant comes to court.

The change would allow judges to consider a defendant’s past record. Some Democrats opposed the bail reform bill. It would require voters to approve the measure via a Constitutional Amendment. See the Democrats who voted no on the bail reform measure here. They include David Bowen, who is running for Lieutenant Governor, and Milwaukee’s Evan Goyke Jonathan Brostoff.

We received the name of John Joseph Norman from a source; online court records show that John Norman, 32, was charged Feb. 18 with first-degree recklessly endangering safety with a dangerous weapon, a felony, and felony bail jumping.

That’s for the Feb. 17 incident in which a 46-year-old West Bend woman working as a DoorDash delivery person was shot at while delivering pizza to the Town of Barton man’s home, according to the Washington County Sheriff’s Department. The man used a shotgun, authorities said. We have requested the criminal complaint from the Washington County District Attorney’s office.

Our review of court records show that Norman had these pending cases, with the following bail amounts:

Case 2: Norman also has a pending case in Washington County that was filed on Aug. 13, 2021. He was charged with felony vehicle operator/flee/elude an officer; third-offense OWI; and felony second-degree recklessly endangering safety.

His initial appearance was on Sept. 20, 2021. The judge was James G. Pouros, who was initially an appointee of former Democratic Gov. Jim Doyle. Prosecuting attorney Alyssa M. Schaller appeared in court. The court records say the “state requests signature bond.”

The court ordered a $3,000 signature bond. After that there were various hearings, such as an arraignment and a Feb. 2, 2022, hearing where it was indicated that more charges were anticipated.

On Feb. 10, 2022, he also received citations for failing to take a breathalyzer test on an ATV, and for operating an ATV while intoxicated.

He has a prior record of resisting and 2nd offense OWI (misdemeanors) from 2011 and for misdemeanor receiving stolen property in 2008. He was convicted of misdemeanor bail jumping in 2007.

We requested comment from Washington County DA Mark D. Bensen on the bail in this case.

The Sheriff Says the Victim Is ‘Lucky to Be Alive’

Washington County Sheriff Martin Schulteis said, “We are thankful that the victim is physically okay, however, our thoughts go out to her as she processes this traumatic event that easily could have resulted in tragedy. This suspect’s recent pattern of behavior is extremely concerning and we are working diligently to uncover how this could have occurred and hold him accountable.”

“The Washington County Sheriff’s Office received a 911 call from the driver who reported that she was shot at as she attempted to deliver pizza to a customer,” the release said. “Sheriff’s Deputies responded and were able to take the man into custody without further incident.”

How the Shooting Unfolded

The investigation revealed that the suspect ordered pizza which was to be delivered by a door dash driver. The driver arrived at the house and approached the front door when a shotgun blast was fired through the door by the suspect. The driver immediately fled the area and called for help.

The suspect told investigators that he had ordered pizza and accidentally fired the shotgun upon the driver’s arrival. Washington County Sheriff’s detectives executed a search warrant on the house early Thursday morning and collected evidence. The case remains an active investigation but the suspect will face several felony charges including 1st-degree reckless endangering safety, felony bail jumping, and operating a firearm while intoxicated.

The name of the suspect is being withheld at this time until formal charges are filed, which will most likely be Friday afternoon.
No further information is being released at this time.