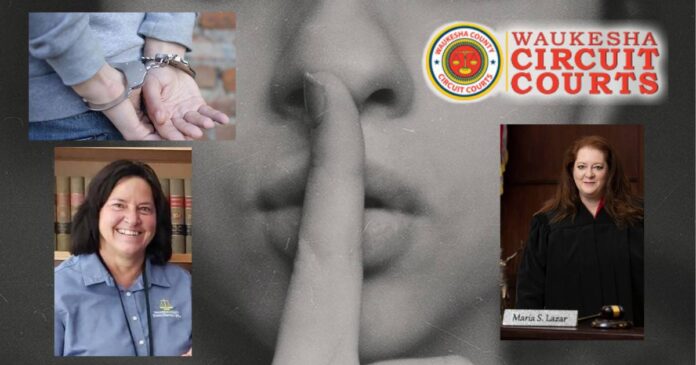 There is a clampdown on information, leaving the public completely in the dark about how the system is handling the teenager’s case.

Wisconsin Right Now has obtained Waukesha County court records which confirm that a 14-year-old male was charged as a juvenile in the carjacking and sexual assault of an 87-year-old female at knifepoint while she was returning books to the Waukesha Public Library located at 321 Wisconsin Ave., Waukesha on November 30.

WRN has made an editorial decision not to name the suspect at this time. However, we have continued to pursue the follow-up information despite numerous roadblocks to give the public a sense of how the case has been handled by the system. We received numerous inquiries from concerned members of the public, who are worried about public safety and want to know what happened with the case.

Furthermore, because the teenage suspect is the nephew of Acting Milwaukee Mayor Cavalier Johnson, we believe transparency is needed even more so when it comes to this case.

Here’s what we learned from the court records:

Records leaked to WRN show that the Waukesha Library sexual assault suspect was  charged (in a delinquency petition) in juvenile court with 3 felonies including:

Technically, in juvenile court, juveniles like this suspect are accused in delinquency petitions, not criminal complaints, and if found guilty, they are adjudicated delinquent, not convicted of crimes. To convict the juvenile of crimes, he would have to be waived into adult court, and it’s unclear whether there’s been any attempt to do so because the DA won’t answer the question and a judge has blocked the public from learning details.

The case is being prosecuted by Edward M Bremberger.

The records do not specify whether there is a petition seeking to waive the teenager into adult court. The District Attorney has refused to say, and the judge has refused to give WRN – or the public – that information. Right now, though, the records list the youth as being in juvenile court. But it’s been more than two months since the crime occurred, and it’s still coded as “juvenile” jurisdiction in the records.

We have the teen’s name; a check of CCAP confirms that the suspect has not been waived into adult court.

The incident occurred on Nov. 30. Court records show that one charge was issued the same day, and two other charges were issued on Dec. 1.

Waukesha County District Attorney Sue Opper has repeatedly refused to say whether she is seeking to waive the suspect into adult court. She says she’s not allowed to because the suspect is a juvenile.

Per Chap. 938, Wis. Stats. the District Attorney can petition the juvenile court to waive its jurisdiction and have the child tried in adult court if the juvenile is at least 14 years old and is alleged to have committed felony murder, reckless homicide, sexual assault, hostage-taking, kidnapping, armed robbery, aggravated burglary, manufacturing or distribution of a controlled substance, or participation in gang activity.

Opper refuses to tell us if she even filed a petition to have the Waukesha Library sexual assault suspect waived to adult court.

It all amounts to a clampdown on information, leaving the public completely in the dark about how the system is handling the teenager’s case.

In contrast, when a 15-year-old boy was accused of a mass shooting at Mayfair Mall, the media extensively reported on a petition to waive him into adult court, the hearing in which it was denied, and then an appellate court ruling reversing that.

The media widely reported on the two girls charged in the Slender Man case, even though they were only 12 at the time because they were initially charged in adult court.

In the Waukesha Library sexual assault case? There is a wall of silence.