Vos Tells Nicholson Not to Run; Nicholson Tells Vos to ‘Focus on Doing Your Job’ [POLL] 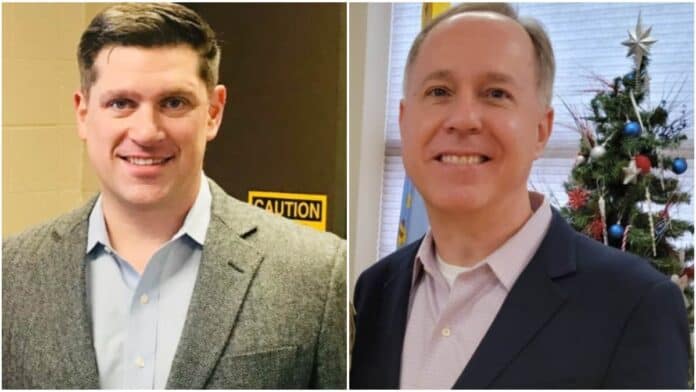 Kevin Nicholson, who will announce a run for Wisconsin governor within days, told Assembly Speaker Robin Vos to “focus on doing your job” today after Vos said that Nicholson “need to not run for governor.”

Whose side are you on in this dispute? Vos or Nicholson? Take our poll….

Nicholson retweeted Jack Kelly, a reporter for the Capital Times, who quoted Vos, a Republican, as saying on January 19, 2022, “If @KevinMNicholson is listening, you need to not run for governor.”

“Thanks, @repvos, for the political advice. Our elections are a mess, law & order is eroding, schools are failing. How about you focus on doing your job?”

Thanks, @repvos, for the political advice. Our elections are a mess, law & order is eroding, schools are failing. How about you focus on doing your job? https://t.co/LQIJGr3j4k

We’ve learned from a well-placed source that Nicholson is going to imminently announce a run for governor as a Republican; he also would not abide by a Republican Party endorsement if it went to former Lt. Gov. Rebecca Kleefisch and would let primary voters decide. As he is clearly gearing up to run an anti-establishment campaign as a political outsider who has never held office (he is a combat veteran who runs No Better Friend Corp.), the comments by Vos, a controversial insider even within his own party, could play into that narrative. Thus, it’s tempting to say Nicholson is fine with this fight.

However, the war of words could also presage the point that Vos is making: That this primary could quickly turn into a bloody, bruising primary on the Republican side, internecine warfare so to speak, while Democratic Gov. Tony Evers sits back and builds his campaign coffers. That’s what some observers believe helped defeat Republican Leah Vukmir in the race against Tammy Baldwin for U.S. Senate: a bloody and expensive primary against Nicholson, who ran as an outsider in the primary but lost to Vukmir.

The counter argument to that from Nicholson supporters is that they expect massive outside money to boost the ultimate Republican nominee against Evers. They don’t think the Republican nominee won’t be able to compete financially even after a heated and expensive primary, and they believe Nicholson has more crossover appeal than Kleefisch, who is tied to the Scott Walker legacy, which may not harm her in a primary but is more divisive in a general, where she will need to win back independent voters Walker eventually lost.

That’s how the competing views break down.

Walker’s son is helping run Kleefisch’s campaign, and she was Walker’s lieutenant governor, of course. She has racked up law enforcement endorsements and released an internal campaign poll showing her with a large lead, although supporters of Nicholson and Wichmann don’t buy the numbers.

In a full story, the Capital Times expanded on Vos’s comments, which came at a Wispolitics.com luncheon.

“He has the right to run,” Vos said of Nicholson. “I just have the right to say who I think is the best. I think if he runs, it hurts our chances to defeat Gov. Evers. But I can’t control that. If he runs, he runs.”

We reached out to Nicholson’s campaign for comment but they didn’t have more to say.