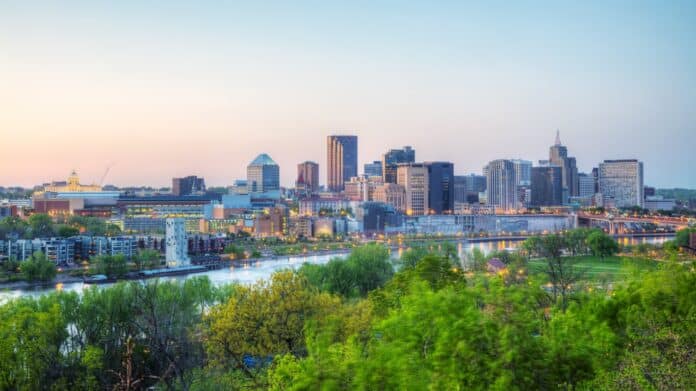 The obesity epidemic in the U.S. is a major health issue, and it’s getting worse. The current national adult obesity rate is 29.7%, but almost half of adults are projected to be obese, not just overweight, by 2030, according to Harvard researchers estimates published in December 2019 in the New England Journal of Medicine.

While the country as a whole is facing an obesity crisis, the problem is much more pronounced in some states.

Minnesota is the state with the 18th lowest adult obesity rate in the U.S. About 29.0% of adult residents report a body mass index of 30 or greater. High obesity rates can detrimentally affect health.

About 12.9% of adults in Minnesota report being in poor or fair health, the third lowest share in the U.S. Nationwide, 17.0% of adults report subpar health.

Obesity is a leading risk factor for Type 2 diabetes, and 8.5% of Minnesota residents over the age of 20 have diabetes, the fourth lowest share of all states. The diabetes prevalence across the country among the same age group is 10.5%

There are a multitude of social and economic factors that predispose certain populations to higher obesity rates. People with lower incomes are less able to afford proper medical care and healthy lifestyles, which include eating a healthy diet and having easy access to gyms and other options for physical activity.

Insufficient sleep, defined as sleeping less than seven hours per night on average, has been shown to be a contributing factor to obesity. Sleep deprivation interferes with the two hormones that control appetite. Lack of sleep can lead to increased levels of ghrelin (increased appetite) and decreased levels of leptin (diminished feeling of fullness), possibly leading to weight gain.

About 29.1% of adults in Minnesota report not getting enough sleep, the lowest share in the U.S. and compared to 35.2% of U.S. adults.

Health experts have pointed to several lifestyle factors that are likely contributing to the excess weight problem among Americans, including a sedentary lifestyle. The physical inactivity rate in Minnesota is 19.6%, the ninth lowest in the U.S. Nationwide, 22.7% of adults don’t exercise on a regular basis.