How the Smoking Rate in Minnesota Compares to the Nation 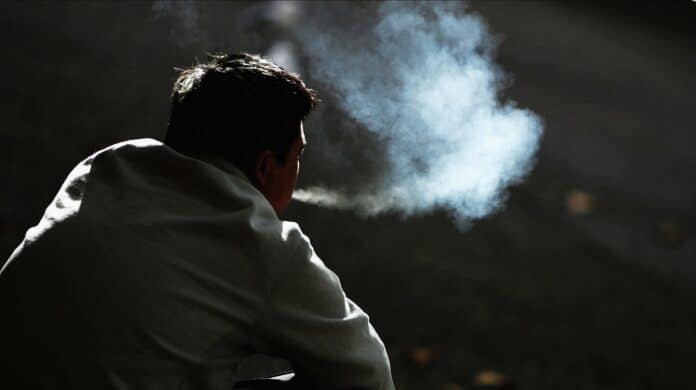 Nearly half a million Americans annually die as a result of smoking, the leading cause of preventable death in the United States. Another 16 million Americans are living with a serious illness caused by smoking. Smoking also has an economic impact, including more than $225 billion each year spent on medical expenses to treat the smoking-related illness in the U.S. and over $156 billion in lost productivity.

Though the risks associated with smoking and tobacco use are well established and widely understood, 42.4 million American adults — or 16.6% of the adult population — smoke every day or most days and have smoked at least 100 cigarettes in their lifetime.

In Minnesota, the smoking rate is lower than it is nationwide. An estimated 15.5% of the 18 and older population in Minnesota are smokers, the 18th lowest smoking rate among states.

States where large shares of the population smoke often have below average health outcomes, and vice versa — and in at least one key measure, that pattern holds in Minnesota. Average life expectancy at birth in the state is 80.9 years, compared to 79.2 years nationwide.

All data used in this story is from the Robert Wood Johnson Foundation and the University of Wisconsin Population Health Institute joint program’s 2021 County Health Rankings & Roadmaps report.