How Much Sleep Minnesota Residents are Getting Compared to Other States 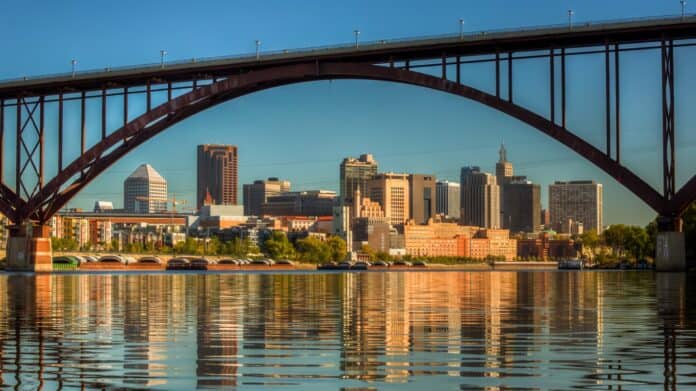 Sleep is a key component of a healthy lifestyle. The Centers for Disease Control and Prevention recommends that adults get at least seven hours of sleep each night — and falling short of this target carries a number of risks. Still, nearly 90 million American adults are not getting enough sleep.

Americans who do not get enough sleep are at increased risk of making mistakes in their day-to-day lives — and mistakes at work or while driving can have serious consequences. Insufficient sleep is also linked to depression and several chronic diseases.

In Minnesota, about 1,263,000 adults — or 29.1% of the 20 and older population — do not get enough sleep, compared to 35.2% of adults nationwide. The share of adults reporting insufficient sleep in Minnesota is the lowest among the 50 states.

Research has shown that sleep duration is linked to both regulation of blood sugar as well as metabolic changes, and that adults who regularly sleep less than seven hours a night are at increased risk of diabetes and obesity. Though it is not always the case, states with higher than average levels of sleep deprivation also often have higher rates of either diabetes, obesity, or both. In Minnesota, 8.5% of adults have diabetes and 29.0% are clinically obese, compared to the national shares of 10.5% and 29.7%, respectively.

All data in this story is from the Robert Wood Johnson Foundation and the University of Wisconsin Population Health Institute joint report, 2021 County Health Rankings & Roadmaps. States were ranked based on the share of adults reporting insufficient sleep, which is less than seven hours per night on average