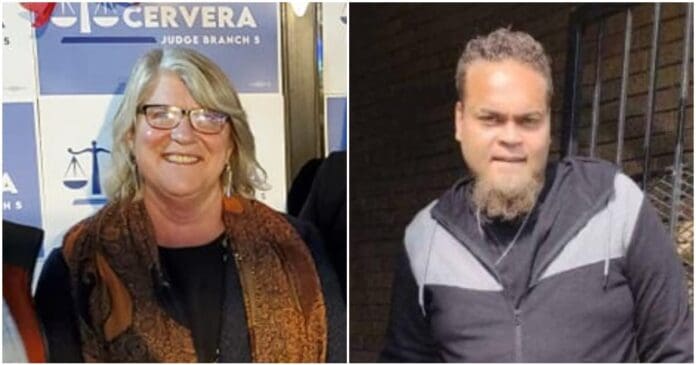 Areon Davis is accused of felony murder in the homicide of Calvin Davis, which broke Milwaukee’s historic homicide record.

Milwaukee County Court Commissioner Grace Flynn, whose notoriously low bail amounts have caused controversies for years, has given a man accused of felony murder in a record-breaking homicide, $5,000 bail over the objection of prosecutors.

His name is Areon Davis, and he’s accused of being a getaway driver in a homicide in which a man was shot in the head during the theft of his gun.

Areon Davis is Not in Jail

Sources have told WRN that prosecutors asked for $10,000 bail, but Commissioner Grace Flynn decided $5,000 was more appropriate for a man accused in a homicide case. Bail was posted later that day, and Areon Davis was released from custody.

Oh..but he was ordered not to possess any firearms.

In fact, the death of this victim (photographed here), Calvin D. Moore, 25, helped Milwaukee break its all-time historic homicide record this year. “That’s the most heartbreaking thing, that I lost my husband within five months of us getting married,” said Charlyn Wilder-Moore to Fox 6, which wrote a story about the murder breaking the cirt’s history record. “We were planning our future, and now, I have to try and make it without him.”

It’s not the first time Flynn’s bail has provoked controversy. Milwaukee County Court Commissioner Grace Flynn was in the news in 2018 when a close friend of the parents of fallen Milwaukee police officer Charles Irvine wrote a letter criticizing her and another commissioner for giving a signature bond in a past case to Ladell Harrison, the man whose car Irvine was pursuing when his car flipped and the police officer died.

In 2019, a judge criticized Grace Flynn for giving a man a signature bond who caused a standoff. In 2017, she received more negative media attention when it was revealed that the man accused of murdering housing inspector Greg “Ziggy” Zyszkiewicz was out on a signature bond from Flynn for a felony.

A 2012 article said Grace Flynn was already earning $111,862 a year. Court commissioners fly beneath the radar because they are appointed by the chief judge, after screening by a panel of several other officials, not elected by voters. The chief judge certifies commissioners each year.

The criminal complaint says that Areon Davis was charged with felony murder, party to a crime, for helping cause the death of “CDM” while committing armed robbery. He’s facing 55 years in prison on the felony.

“On December 13, 2021, Milwaukee Police Officers Andrew Gross and Travis Resczcynski responded to a shooting at 18th and W. Atkinson Ave., City of Milwaukee. Upon their arrival in that area, Officer Gross observed the body of an adult male on the sidewalk in front of 1808 W. Atkinson Ave. Officer Gross saw that the male appeared to have a gunshot wound to the head and the male was not breathing.

Officer Gross began to perform CPR on the male until the arrival of Milwaukee Fire Department personnel. The male was declared deceased. The male was identified as CDM, and his body was transported to the office of the Milwaukee County Medical Examiner.

Milwaukee Police Detective Craig Thimm responded to the location where CDM’s body was found, and conducted an investigation of the area to locate possible items of evidentiary worth. Det. Thimm, during that investigation, located and recovered, near the body of CDM, twelve 9mm cartridge casings.

1. A penetrating gunshot wound to the head, specifically the left temple. The bullet was fired from an indeterminate range. The bullet travelled slightly front-to-back, left-to-right, and slightly upward.

2. A penetrating gunshot wound to the left side of the chest. The bullet was fired from an indeterminate range. The bullet travelled left-to-right and upwards. The bullet damaged the left jugular vein.

3. A penetrating gunshot wound to the left side of the abdomen. The bullet was fired from an indeterminate range. The bullet travelled front-to-back, left-to-right, and downward.

5. A perforating gunshot wound to the upper abdomen. The bullet travelled front-to-back, left-to-right, and upward. The bullet exited the body at the left side of the back.

Dr. Linert determined that CDM died as a result of these gunshot wound and determined his death a homicide (death at the hands of another).

During the investigation of this homicide, Milwaukee Police Det. Mark Harms, interviewed S.M, the wife of CDM. S.M. provided the following information regarding the homicide of her husband:

2. She had a phone call with her husband and he told her that he was going to the tobacco store for cigarettes. He does that every day. The store he goes to is located on Capitol and Atkinson. When her husband goes to the store, he carries a black handgun for protection. He carries the gun in his pants pocket or waist.

3. As her husband was walking home, he called her and told her that some guys in the tobacco store wanted to buy his gun.

4. Her husband told her that he refused to sell them his gun.

5. After her husband said that, there was dead air. She then heard a female saying “call 911 …he’s gone.”

During the investigation of this homicide, video recordings, made by several cameras, was recovered from Capitol Tobacco & Smoke Shop, 1903 W. Capitol Dr. The recovered video was reviewed by Milwaukee Police Detective Vincent Lopez and he observed the following:

1. The time stamp on the video is 3 hours and 2 minutes faster than actual time.

5. At 5:43:14 p.m. (2:41 real time), a black male gets out of the vehicle through the front driver’s side door. This person then enters the store through the east-side door. Once inside the store, this person goes to the area of the store where the front-passenger was.

8. Once inside of the store, CDM walks to the counter, where purchases are made. The person who got out of the vehicle through the driver’s door appears to exchange words with CDM.

11. At 5:46:16 (2:44 real time), CDM exited the store through the west-side doors. He then turned south and walked toward the sidewalk on the north side of W. Atkinson Ave.

16. At 5:49:50 p.m. (2:47 real time), the black vehicle moves forward and then stops. The two people who had gotten out of the vehicle and who were last seen going north (as described above) reentered the vehicle through the rear passenger’s side door. The vehicle then drove east on Capitol Dr.

Davis provided the following information to the detectives:
1. The black Honda Accord, parked in front of his house is a car that he often drives and it
belongs to a person dating his sister.

3. When shown a picture, also from the above-described video recordings, of the person who got out of the Accord through the front passenger’s door, Davis said that he did not know the person.

5. Dets. Sullivan and Lopez then showed Davis a portion of the video recovered from Capitol Tobacco & Smoke Shop. After viewing what was shown to him, Davis identified the person who got out of the front passenger’s side door as being his cousin, and he provided his cousin’s name.

6. Davis continue to say that he did not know the two people who were in the back of his vehicle. He said that while in the store he talked to a person who asked him what type of gun he was carrying.

7. Davis initially said that after leaving the store, he turned west on Capitol from Atkinson. When shown the part of the video showing him turning east and parking just east of N. 19th St., Davis said that he stopped to let them out because they wanted to get out.

8. Davis said that the two people who got out of his car, while it was parked on Capitol Dr.,
returned a short time later and they were tired.

9. Davis then identified the two people who were in the back of his car. Initially, he provided the full name of one of the two and a nickname for the other.

10. Davis said that when the two people who were in the back seat of his car got out, both had guns.

11. Davis said after the two guys got out of his car, he stayed because he was their ride. He said that they told him they were going to “the guy’s crib” or something like that.

12. Davis said that while inside the store, he and a person in the store were talking about each other’s guns.

13. Davis said that one of the guys in the back seat mentioned that the person in the store had a “fat head.” Davis known this to mean the gun the person had.

14. Davis said that one of the two people in the back said that they were going to run over to the person and try to buy his gun.

15. Davis said that the two in the back seat asked him to pull over so they could jump out and take the person’s gun.

16. Davis said that after the two people returned to the car, they were tired and said they just took “dude’s gun.”

17. Det. Sullivan then restated the facts, as known at that time, including that Davis had parked a block away, the two backseat passengers left his car with guns and ran through the yards, and in response, Davis said the he knew they would take “his shit”, but he did not think they would be stupid enough to shoot him.

18. Davis said that they two people in the back seat told him that they took the gun.

19. When asked whose idea it was to rob the person, Davis said it was the two in the back seat. Davis said that they said they were going to take the gun.”