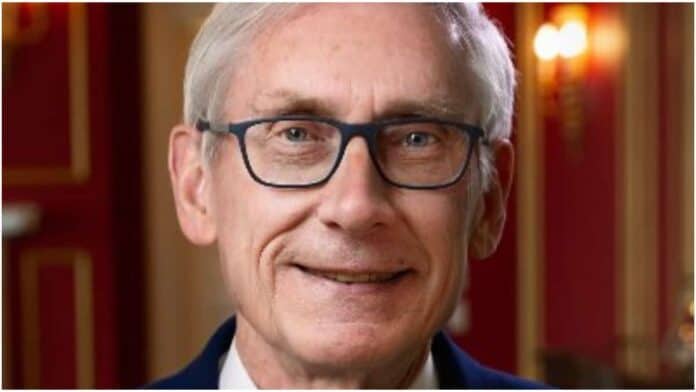 Governor Evers “non-partisan” maps commission began with high expectations; this is the cycle Wisconsin will finally have fair maps. The hype reminded me how Minnesota Vikings fans say at the start of each season: “This is the year we’re going to win a Super Bowl!”

Oh, how quickly those dreams of a “fair” map were dashed. The final product of the Peoples Maps Commission (PMC) is the equivalent of that famous play by Vikings lineman Jim Marshall when he scooped up the ball and ran the wrong way.

The Evers maps are a disaster in nearly every way and by nearly every measure. Fittingly, they were soundly rejected recently by a bi-partisan super-majority in both the State Senate and Assembly. Democrats in the would not even take it up, opting to propose their own plan.

Wisconsin has made great gains in minority representation in the Legislature since the 1980s. In 1992 the federal court selected a map for Milwaukee County legislative seats which I drew on behalf of legislative Republicans.

That map increased the number of Black assembly districts in Milwaukee from four to five and, for the first time in history, created a second Black senate district. This implementation of the Voting Rights Act (VRA) continued in both 2002 and 2012. Today Wisconsin has six Black assembly districts, two Black senate districts, and two Latino districts.
Along came Governor Evers and his PMC. They picked up the ball and ran the wrong way. 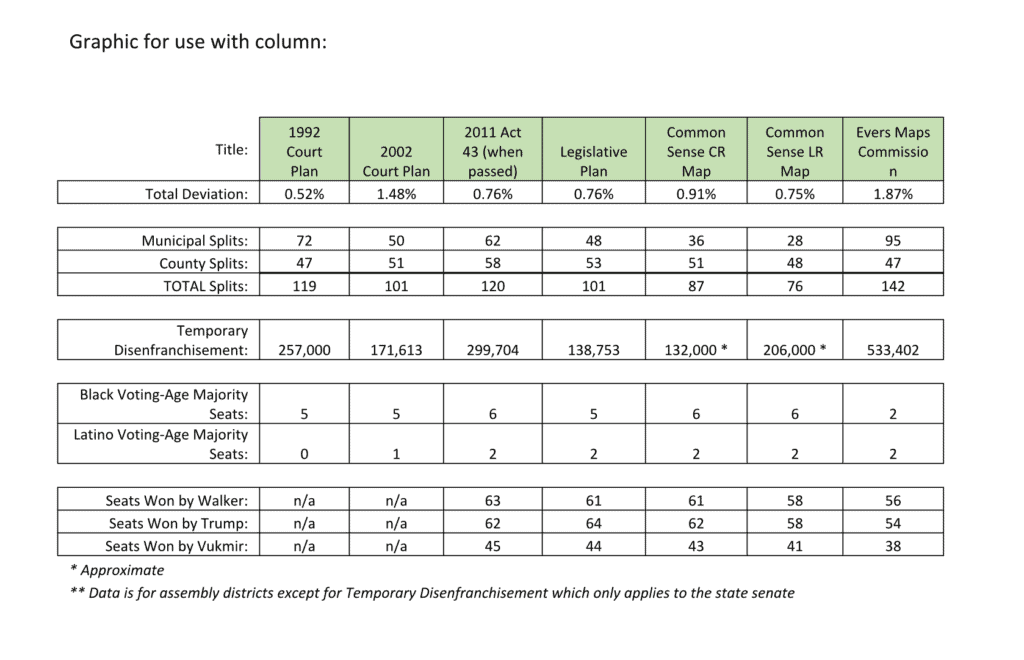 The PMC presented a map which would reduce the number of Black assembly districts from six to two and eliminate one of the two Black senate districts. Furthermore, they draw the Latino district that was the center of the 2012 trial at a lower Latino level than the judges rejected at that trial.

By contrast, the plan put forward by the Legislature would create five Black assembly districts, two Black senate districts, and two Latino districts. My organization, Common Sense Wisconsin, has proposed maps that base the VRA districts on the districts as drawn or approved by the federal courts in 2012 (which results in 6, 2, and 2 respectively). Evers and the PMC are now learning that when you run the wrong way, especially on a matter as
important as the civil rights of Black and Latino voters, nobody is cheering.

Democratic Senator Lena Taylor responded to the first three maps from the PMC with a simple answer: “No, no and no.” Democratic Representative Sylvia Ortiz-Velez noted on the Assembly floor that the reduction in Black and Latino districts was part of a national Democratic strategy. “This is an unlawful act,” Ortiz-Velez said of the PMC plan, “It’s a perversion of justice. They’re not going to take away our rights.”

Drawing of VRA districts was not the only example of where the PMC went the wrong direction. In regard to other court criteria, the PMC map would also make the redistricting version of the NFLs “football follies”.

In the past three decades, the number of municipalities split between assembly districts has ranged between 50 and 72. The PMC wants to split 95. Contrast this with our own Common Sense-LR map which splits only 28.

The process used by the PMC will not win the Governor any “Sunshine Awards” for transparency either. As their meetings were gaveled to order, a fully drawn map would suddenly appear from thin air. The actual map drawing was done by a professor in Massachusetts and “sub-committees” of the full PMC specifically designed to evade Wisconsin open meeting laws. Suddenly the outrage on the left about “maps being drawn in secret” vanished.

At the end of the day, the PMC maps deserved the overwhelming bi-partisan rejection they were given this week. If Governor Evers built a trophy case for his “non-partisan” commission, it would be empty as the Minnesota Vikings Super Bowl trophy case.