EXPOSED: What Wisconsin Democratics REALLY Think About Kids With Disabilities 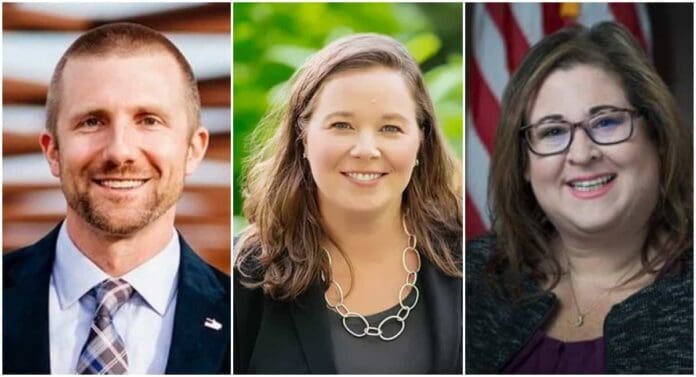 “Never thought I’d see a doctor testify in an Assembly hearing that we should limit abortion because too few kids are being born with down syndrome these days, but here we are” -Justin Bielinski

Democratic state legislators are revealing what they REALLY think about kids with disabilities as they push back against Assembly bills protecting them.

The Assembly is pushing a slew of bills, many against abortion. One bill would seem to be a no-brainer: It would ban sex-selective, disability-selective, and other selective abortions, meaning it would ban abortions being undertaken solely on the basis of gender, race or disability. Who would oppose that? Democrats oppose even that bill, which is essentially just banning eugenics.

Oh, by the way, October is Down Syndrome Awareness month.

The most odious Democratic reaction came from a top aide to a prominent Democratic state Senator, whose tweet indicated he doesn’t value the lives of kids with Down Syndrome.

“Never thought I’d see a doctor testify in an Assembly hearing that we should limit abortion because too few kids are being born with down syndrome these days, but here we are,” tweeted Justin Bielinski, the director of Communications and campaign manager for Democratic state Sen. Chris Larson. Justin Bielinski, who previously worked for Lt. Gov. Mandela Barnes, later deleted the tweet. 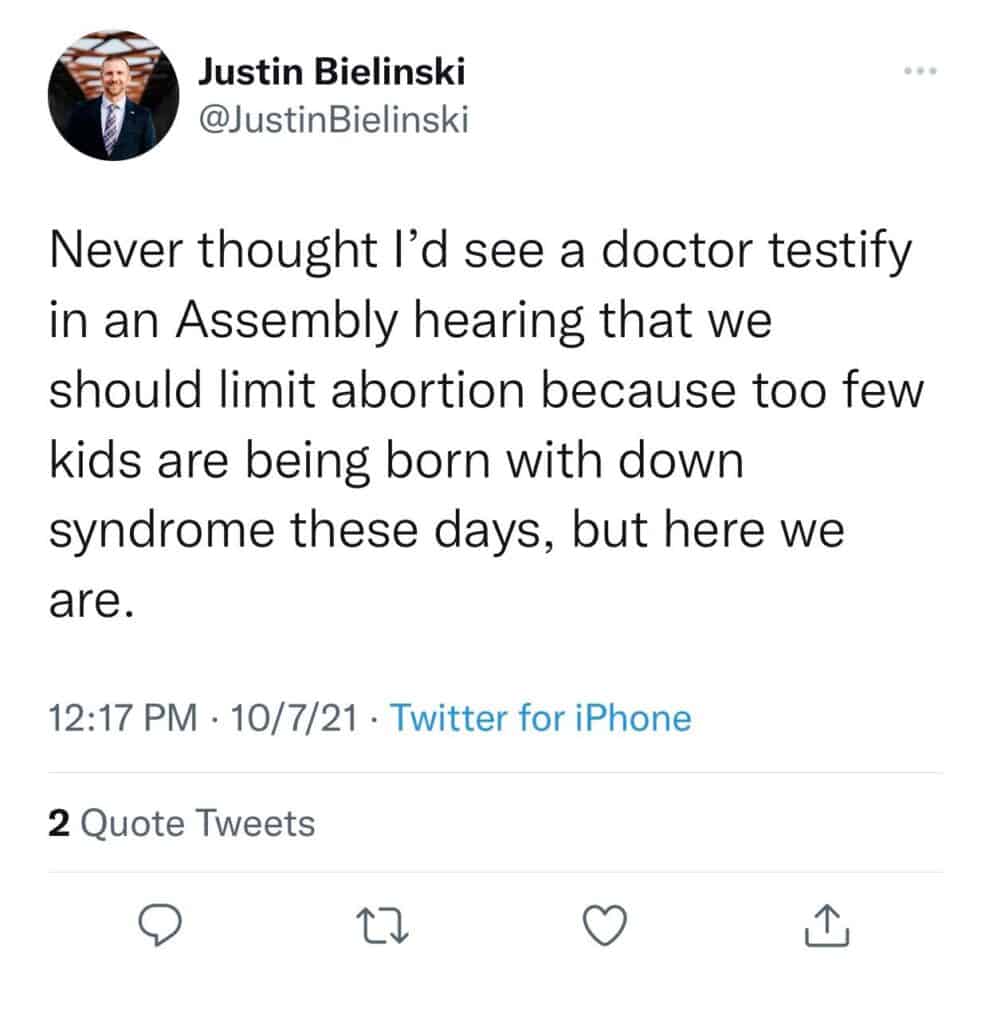 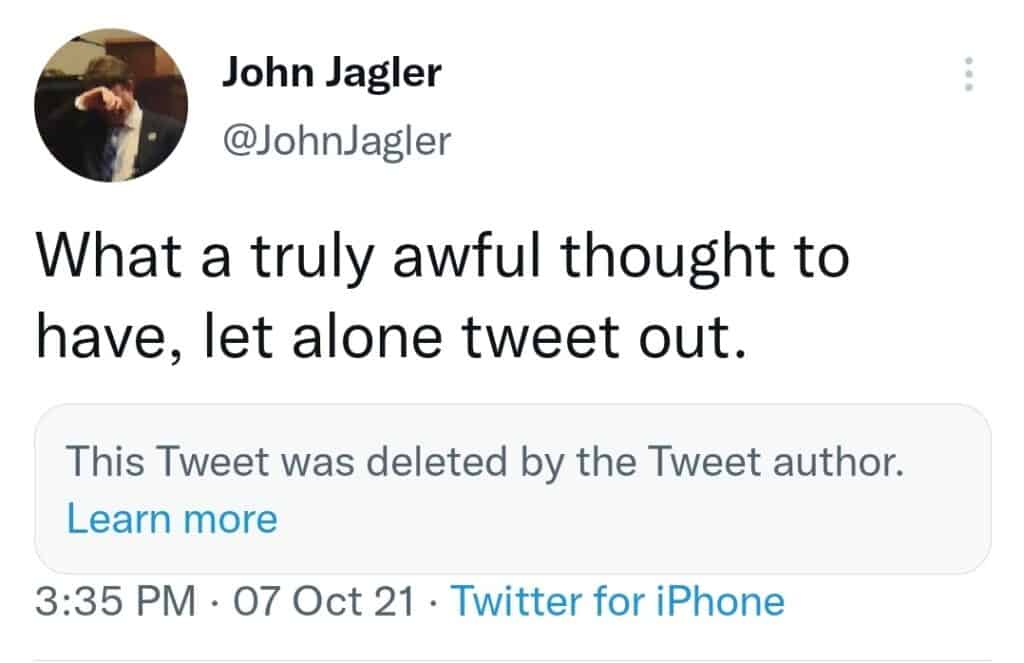 Jagler shared photos of his daughter.

He wrote to Bielinski, “I get that – best case scenario – you don’t value her as a person. Worse case..you don’t think she should have been born. But she’s here. She’s thriving and is loved. I wonder. Does your boss, @SenChrisLarson, share your thoughts that the world would be a better place without Grace and people like her?”

Rep. Lisa Subeck, a Democrat who is a doctor,  held a media availability before the hearing complaining about all of the bills eroding “women’s health.” She is a former executive director at abortion provider NARAL.

The hearing included testimony from Tom Kulczewski, whose son, Malix, was later found to have a heart defect after being born with Down Syndrome. Kulzczewski was accompanied by his wife and four children and testified that his doctor told them that Malix would never be eligible for a heart transplant, despite exhausting so many attempts to repair his heart condition, because he has Down Syndrome.

Two other individuals with Down Syndrome and another with autism testified in support of AB 539, asserting their right to the necessary health treatment, regardless of their disability.

Those advocating for pro-life legislation were criticized by pro-abortion committee members Sara Rodriguez (D – Brookfield), and Subeck (D – Madison). Committee Chair, Rep. Joe Sanfelippo had to gavel down Rodriguez, demanding that committee members return to decorum rather than attacks on those testifying such as Micah Pearce of Wisconsin Family Action.

Mainstream media never reported these details of the committee. They focused on
Rep. Subeck and pro-abortion doctors, revealing bias towards promoting abortion.