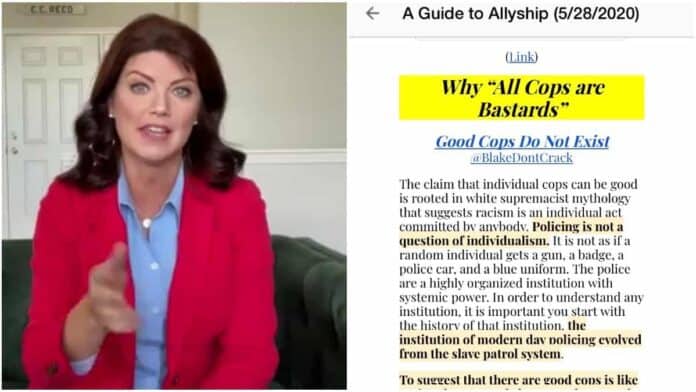 We received this response from UW-River Falls:

“UW-River Falls regrets the posting of a link on one of its webpages to an editable document from a third-party source which, after being posted, was edited at the source to include statements against law enforcement. The opinions and views reflected in the document do not reflect the values of the university. UWRF is appreciative of the work of law enforcement and is committed to promoting an inclusive campus environment. The webpage has been removed and the university has taken steps to develop a process for reviewing such content in the future.” 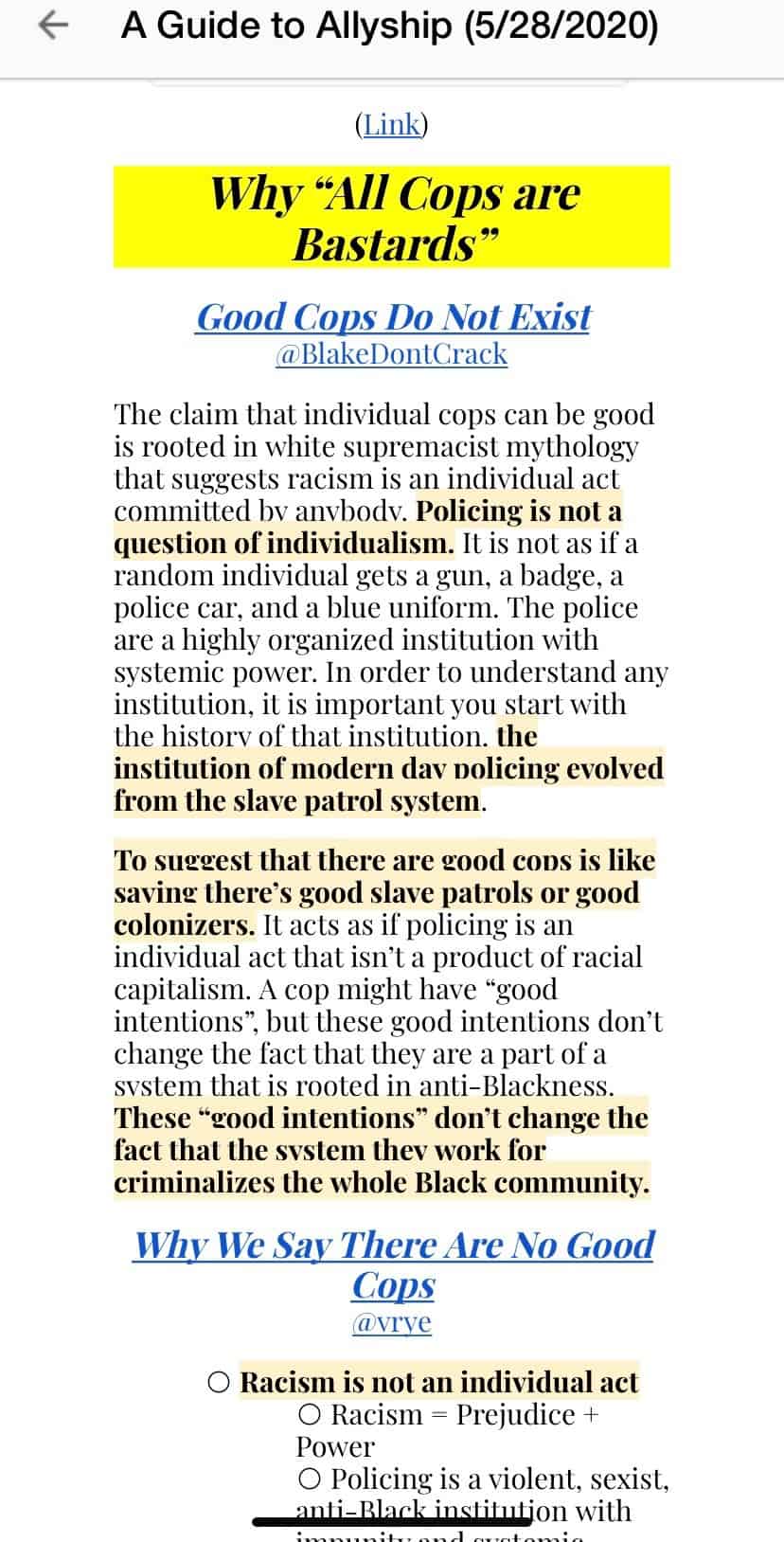