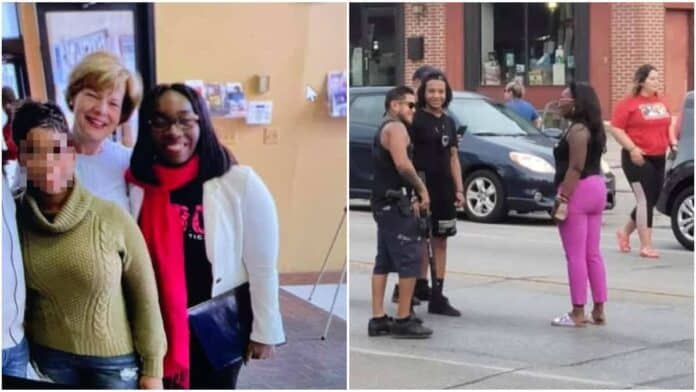 Why won’t the media fully report the deep ties that Tammy Baldwin’s Milwaukee office director, Tiffany Henry, has to the Wauwatosa unrest, including a dangerous scene of violence? Henry was accused by fellow People’s Revolution members of being at the scene where two police officers were attacked and beaten at their own home in a chaotic riot where a gun was discharged near them.

Some Peoples Revolution members alleged that Henry used physical violence against an officer, called him an expletive, spoke to the accused shooter before he turned himself in, and said he was “fair game,” police reports show.

Would the media report it if the staffer worked for, say Ron Johnson, and the violence occurred from people associated with the right?

That seems even more relevant now that Baldwin, on July 21, announced that she is seeking a federal civil rights investigation into the Wauwatosa Police Department stemming from the three shootings by former Wauwatosa Officer Joseph Mensah and other allegations against police. Baldwin wrote, “Wisconsin families have put forward serious allegations of misconduct, including policing practices that allegedly targeted individuals because of their race and/or their engagement in activities protected by the First Amendment.”

Yet the Milwaukee Journal Sentinel story on the federal probe request by Baldwin and U.S. Rep. Gwen Moore didn’t bother to mention the involvement of Baldwin’s key staffer in the Wauwatosa matters. Some media stories have reported Henry’s involvement in protests without mentioning her job with Baldwin. Stories on her arrest at one protest that turned ugly similarly never bring up Baldwin. The media haven’t explored her role at the scene of the Mensah attack.

The protests, which have gone on for more than a year in Wauwatosa, a suburb next to Milwaukee, have sometimes been peaceful but have also culminated in looted stores, smashed windows, lights being shined in citizens’ windows, curfew violations, trespassing, abuse hurled at officers, obstruction of traffic, things being tossed at officers, injury to officers, and other lawbreaking.

WTMJ-TV reported that Henry was arrested live on Facebook during another Mensah protest but, again, without mentioning her Baldwin link. She was described as a community activist. Watch the arrest video here. She was cited several times in connection with unrest.

Community Activist, Tiffany Henry, was just arrested while on a Facebook Live.

She was commenting on the cost of the massive law enforcement presence while Wauwatosa Police do not have body cameras. She was detained and in the back of an unmarked squad car. pic.twitter.com/mwivi2F4r6

She’s been described to us as a leader of the Peoples Revolution group; indeed, when we interviewed the Peoples Revolution’s key leader, Khalil Coleman, about his ties to leaders of the Gangster Disciples gang, Henry showed up to stage-manage the interview, sometimes interrupting our line of questioning. Coleman is now facing felony charges in Kentucky on accusations he told a juvenile to rob what they mistakenly thought was a drug house.

She’s in this video verbally confronting a police lieutenant. Toward the end, Coleman tells the officer to shove a three-minute warning to disperse up his as*. Henry, who has worked for Baldwin in different capacities since 2005, according to Legistorm, has been deeply involved in the Wauwatosa unrest for some time and is not an incidental observer of the agitation.

What Baldwin doesn’t say and the media haven’t asked is whether her own staffer is one of those “allegedly targeted individuals” she wants the DOJ to get involved in investigating police over, especially since the request to DOJ includes a letter from attorney Kimberley Motley that discusses an alleged list of protesters being compiled by police, accusing the PD of targeting Peoples Revolution members especially.

If one of those people is Baldwin’s own Milwaukee office director, that seems relevant to report.

Wauwatosa police have denied targeting individuals unfairly or in a racist fashion. Mensah was cleared in each of three shooting deaths after extensive reviews although a Milwaukee judge with an alleged conflict of interest recently issued an unprecedented decision saying there was probable cause to charge him with homicide. Baldwin and Henry have not responded to previous requests by Wisconsin Right Now for comment.

Although she has never been arrested or charged in connection with the attack on Mensah, Henry also did not give police an account of what she saw the day that then Wauwatosa Police Officer Joseph Mensah and his Milwaukee police officer girlfriend were left bruised after being attacked by members of the Peoples Revolution group.

Two Peoples Revolution members, Ronald Bell and William Lofton were accused in connection with discharging a gun near the officers, and Niles McKee was accused of providing the gun. Their felony cases are pending in court. Read the criminal complaint here. The officers’ home was also vandalized with toilet paper and windows were broken that day.

In a video obtained by police, state Rep. David Bowen walked out of a Target store with Henry the day of the violence, clutching a large package of toilet paper.

She surfaced again in this photo sent to Wisconsin Right Now this week by a Wauwatosa resident of an armed marcher demonstrating in that city following the judge’s late July decision. The armed marcher is legally able to carry and open carry is legal in Wisconsin, but we wondered what Baldwin or the media would say if the photo involved a Ron Johnson staffer instead of someone working for Baldwin, especially since she is pro-gun control. Some of the marchers, including the armed man, walked near a middle school, video shows.

Henry is in the pink pants. 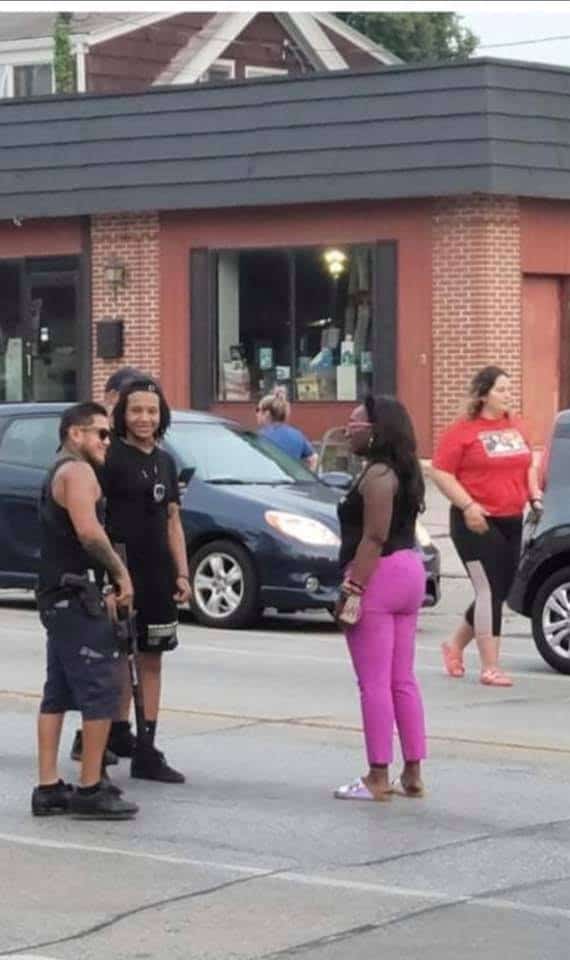 Who is Tiffany Henry? She’s listed as president of the Milwaukee Urban League Young Professionals. That site says she “began her professional career in 2005 working for then United States Congresswoman Tammy Baldwin. In 2013, Tiffany joined, now United States Senator Tammy Baldwin’s Senate staff in Milwaukee…Presently, Tiffany Henry serves as the Milwaukee Office Director for U.S. Senator Tammy Baldwin.” In 2019, she was named one of Wisconsin’s top 49 most influential black leaders.

Her LinkedIn page lists her as Baldwin’s Milwaukee office director. 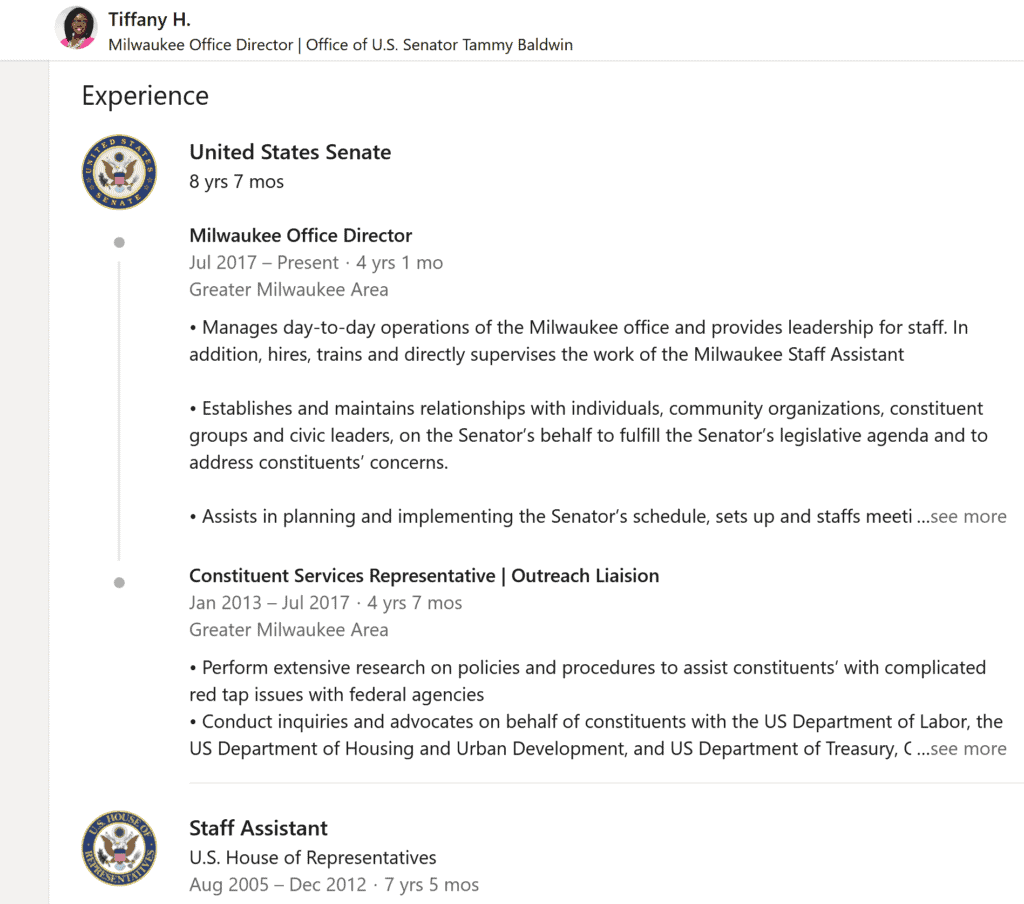 In October, Tiffany Henry and Bowen were featured speakers at an event called “Healing Justice,” sponsored by the Greater Milwaukee Foundation. In 2020, she was named to the city of Milwaukee’s Millennial Task Force. She spoke at Alverno College and to students at Bradley Tech. She was mentioned in an ethics complaint another staff member filed against Baldwin. She’s listed here in a July 2021 posting as still working for Baldwin. A June 2021 story in the Milwaukee Times discussed her working for Baldwin.

What Tiffany Henry exactly did at Mensah’s house is not clear because of contradictions in the police reports, but neither she nor Baldwin have been asked to explain. The reports allege that she was there.

Peoples Revolution member Niles McKee told police that one of the people punching Mensah was named Tiffany. He observed Tiffany “throwing a punch.” McKee thought it was Tiffany that “cracked the bullhorn over his skull,” meaning Mensah. The police reports indicate that the only Tiffany there was Tiffany Henry, the Baldwin staffer. Asked about Khalil Coleman, McKee said, “I think he got a couple punches off.”

However, other accounts give Coleman as the person allegedly cracking the megaphone over Mensah’s head; in the chaos, who did what can be tough to sort out (surely Henry could have helped police do so? Yet there is no evidence she ever gave an interview to police, although it’s not clear if they asked.) Coleman and Bowen were also not arrested or charged in connection with the attack. Mensah and his girlfriend thought the bullhorn attacker was a male. 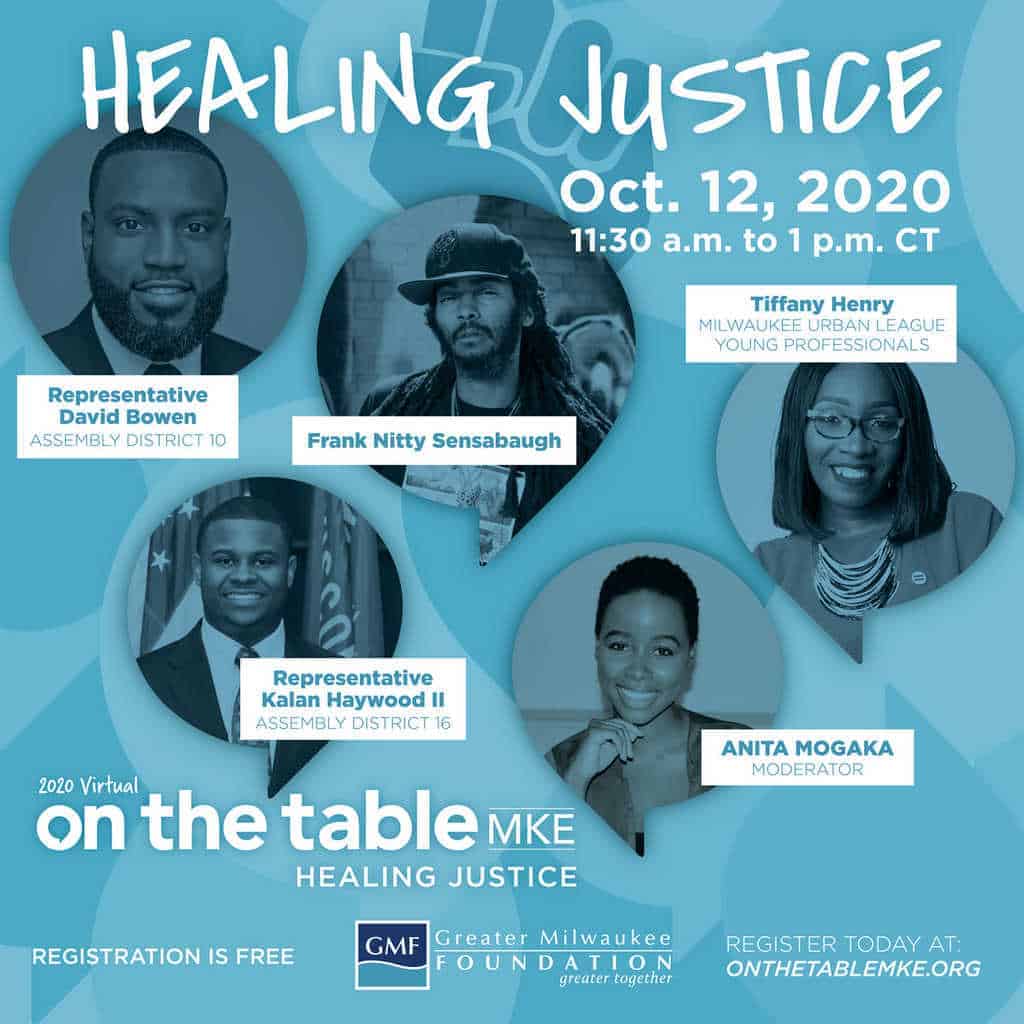 Bell told police that, later in the evening after the Mensah attack, Tiffany Henry said “he (Mensah) was fair game because it was in the alley.”

“He also confirmed that this was the same Tiffany that struck Mensah while he was in the alley at the U-Haul,” police reports allege.

Bowen and Henry spoke to the shooter after the attack but before he had turned himself in, the reports say; they allege that the pair asked Bell if he was a felon, and he told them he was not. 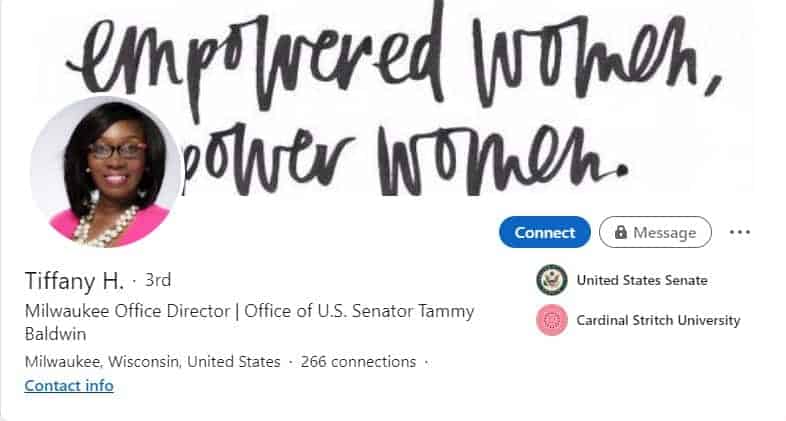 Henry called Bell after the shooting but before he had turned himself in to police, he told police. Bell said he wondered why she was calling him because she never calls him. She asked him how he was doing. He told her he was good. She asked him if he was straight, and he told her he was. She told him that the Wauwatosa police and Mensah were trying to figure out who shot the gun off. Henry wanted to know Bell’s side of the story. Bell stated he and Mensah were tussling at the back door, there was a crowd of people and the shotgun went off.

Bell told police Tiffany Henry is a representative for Senator Tammy Baldwin. “Bell stated Tiffany Henry was at Mensah’s house. She was standing back with Rep. David Bowen. Bell stated Henry speaks on the bullhorn at the protests stating, ‘This is what Democracy looks like.'”

“McKee said Tiffany struck Mensah while he was in the alley at the U-Haul. He was not sure if she connected with any of her attempts,” the police reports say.

McKee also told police that Coleman might have taken the bullhorn from Tiffany to use it but stated that he only ever observed Tiffany hit Mensah with the bullhorn. He said he heard David Bowen discuss the bullhorn at Washington Park.

One police report describes another incident in which Henry and Bowen were walking eastbound along Washington Blvd. in the middle of the street, allegedly obstructing traffic. The officer “informed them they needed to move to the side of the street to which they did not comply,” the citation alleges.

Tiffany Henry was cited for violating the special permit required ordinance. “During conversation with police, Coleman, Henry, and Bowen were asked and they stated that they did not have a permit and that the group did not intend on obtaining one. After the unlawful assembly warning time expired, the group continued to walk in the roadway,” contends the ticket.

She received a second citation for violating an emergency order. “A soldier with the National Guard directed Henry to stop. She ignored his directive and continued to walk…” it says. The police officer then approached Henry and arrested her for violating the emergency order that involved a curfew.

The Milwaukee Journal Sentinel described Henry as “a member of the Peoples Revolution,” and said she was “yelling” at officers from a distance during another incident captured on livestream.

She told the Journal Sentinel why she protests: “No matter what I attain in life, no matter what blessings God gives me, at the end of the day, I’m a Black person, I’m still looked at because of my skin color as a crime. So I have to be with the people and making sure that our voices are uplifted together, that we are united together and that we seek the justice we demand and we get the respect we deserve.”