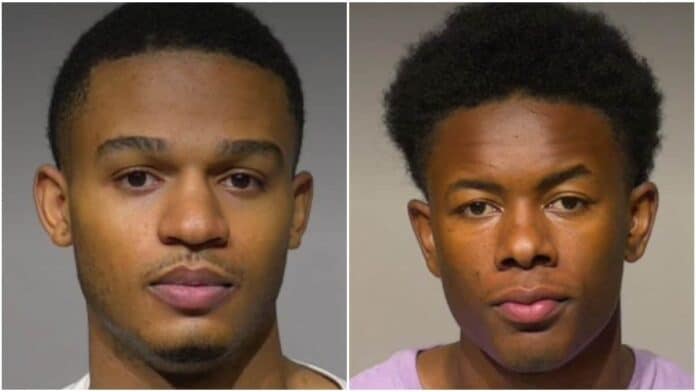 There was a day in Milwaukee when injuries to police officers were treated seriously. That day appears to have passed.

Here’s the latest in the Milwaukee police explosives case: Two of the three men who are accused of throwing a powerful explosive at two Milwaukee police officers on Water Street, injuring them, were given signature bonds by two different Milwaukee court commissioners, David Sweet and Rosa Barillas. A third man accused of throwing an explosive in another incident not involving police was also given a signature bond, Wisconsin Right Now has learned.

Signature bonds mean that a person can walk out of the jail without putting up any cash. Their signature is all that’s needed to be released. It’s part of a national trend toward “bail reform.” There was a day in Milwaukee when injuries to police officers were treated more seriously. That day appears to have passed.

According to a Milwaukee police press release, on July, 5, 2021, at approximately 12:15 a.m., “officers were standing on the median monitoring the downtown entertainment district on the 1200 block of N. Water Street. Suspects set and threw an explosive device towards officers. The device detonated causing injuries to officers and damaging a squad car. The detonation was so powerful that it deployed the squad car’s airbags. A 45-year-old male officer and a 40-year-old male officer sustained non-life-threatening injuries. They were transported to a local hospital. The officers were treated and released to recover at home. Five individuals were arrested in connection to this incident.”

Police noted, “On Saturday, July 10, 2021, the Milwaukee County District Attorney’s Office issued criminal charges against five suspects that were arrested in connection to the reckless endangering safety of Milwaukee Police Department officers and possession of explosives.”

Although some news stories described the explosive device as a firework, the Milwaukee Journal Sentinel previously reported that three of the men said they were throwing pipe bombs and explosives, and one of the officers suffered a concussion. The men involved in the officers’ injuries were allegedly Derek M. Smith, 19; Javaier D. Thompson, 18; and Gerrell Bufford, 20. Two other men are accused of selling or possessing similar explosives before the incident. Bufford and Thompson were among the three defendants given signature bonds. Smith is accused of saying that he and the other men were tossing fireworks and other explosives, including pipe bombs, at people throughout the night, including police, calling it all “fun and games,” the Journal Sentinel reported. The officers were standing on a Water Street median when they were injured.

Fox 6 reported that the men tossed a firework at the officers. “Detectives found 90 M-80s, four M-1000s (also often called a quarter-stick) and one PVC pipe bomb with plastic end caps and a green fuse.” Police also found “an additional 60 M-80s” during a search of suspect Demetrius Powell’s home, the television station reported. Powell is accused of supplying explosives. Suspect Lawrence Turner was accused of throwing a device at another location.

According to Fox 6, “…the officer closest to the blast said he saw something thrown less than two feet away from where he was standing, and before he could react, it exploded. The officer said he felt immediate pain to his face, eyes and ears; was confused, lost balance and had to prop himself up on his squad car from falling over.”

According to Wisconsin statutes, a defendant “arrested for a criminal offense is eligible for release under reasonable conditions designed to assure his or her appearance in court, protect members of the community from serious bodily harm, or prevent the intimidation of witnesses. Bail may be imposed at or after the initial appearance only upon a finding by the court that there is a reasonable basis to believe that bail is necessary to assure appearance in court.”

Here are the defendants with their charges and bail amounts:

Gerrell Bufford: charged with two counts of First Degree Recklessly Endangering Safety, Use of a Dangerous Weapon – Party to a Crime and one count of Possession of Explosives for Unlawful Purpose – Party to a Crime.

The bond was set by Court Commissioner David Sweet.

Not much information comes up about Sweet, save for some judicial endorsements (he endorsed liberal Supreme Court candidate Rebecca Dallet, for example).

Javaier D. Thompson: charged with two counts of First Degree Recklessly Endangering Safety, Use of a Dangerous Weapon – Party to a Crime, one count of Possession of Explosives for Unlawful Purpose – Party to a Crime. Court Commissioner Rosa M. Barillas gave him a $5,000 signature bond.

Lawrence T. Turner: charged with one count of Possession of Improvised Explosive Device – Habitual Criminality Repeater. If convicted, he could face up to 10 years in prison and could be fined up to $10,000. Barillas gave him a $2,500 signature bond.

Demetrius A. Powell: charged with five counts of Possession of Improvised Explosive Device. Sweet gave him a $2,500 cash bail.