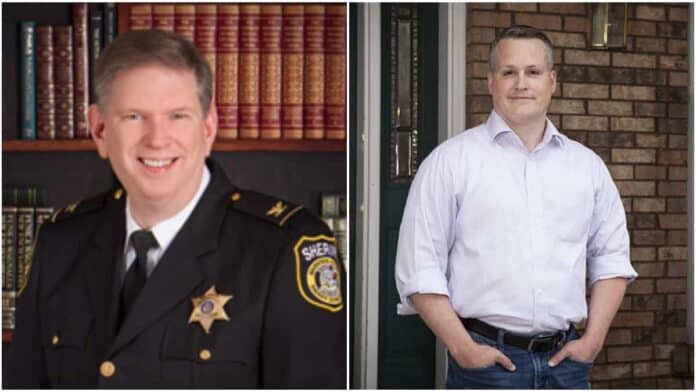 For 36 years I have served as a law enforcement officer, the last seven as the Waukesha County Sheriff. It has been the honor of my life; I wake up every day with a fresh resolve to do my job—committed to upholding the safety and security of our community. That’s what it takes to lead.

Our nation faces great challenges: civil unrest, charged politics, disregard for property and life, distrust of law enforcement—all these societal ailments are surging. We’ve seen it in Wisconsin. We’ve all felt it.

Yet, I remain optimistic because of the men and women I see stepping up to lead. From my vantage as Sheriff, I know what law enforcement needs to meet this moment: effective leadership.

Wisconsin needs new leadership and a renewed commitment to the rule of law—especially at the Wisconsin Department of Justice.

That’s why I strongly support Ryan Owens for Attorney General. He has my full endorsement and I’m going to do everything I can to ensure he is Wisconsin’s next Attorney General. I encourage you all to join me.

Ryan is a man of strong character and boundless energy. He is running on a simple, but powerful message of freedom, safety, and prosperity. As he travels to every corner of the state, speaking with anyone, going anywhere, he remains optimistic and focused.

You might have heard Ryan’s professional background is different than most candidates—that’s true. It’s also a significant strength. Ryan is not a politician. He’s never run for political office before, but he has an impressive career.

Ryan worked on the legal team for former Governor Tommy Thompson. He practiced complex telecommunications law. He represented Senators Ted Cruz and Mike Lee before the U.S. Supreme Court. He was the founding director of the Tommy G. Thompson Center on Public Leadership at UW-Madison. And he is a conservative professor in the liberal lion’s den of Madison.

Most importantly, Ryan Owens is a man of his word, a principled and dedicated leader, and a proud constitutional conservative.

Ryan is a friend and strong supporter of law enforcement. He listens; he reaches out often for input on key issues. He will defend qualified immunity; he will work to retain our law enforcement officers—to recruit the best and brightest. His career success highlights his ability to find creative solutions. Ryan will address our recruitment challenges and funding gaps head on.

I remain optimistic about the future of our community and state when leaders like Ryan Owens step up to serve. I know Ryan will always provide law enforcement a square deal and make Wisconsin proud.

Eric J. Severson was first elected Waukesha County Sheriff in 2014, and has served as a law enforcement officer for 36 years.