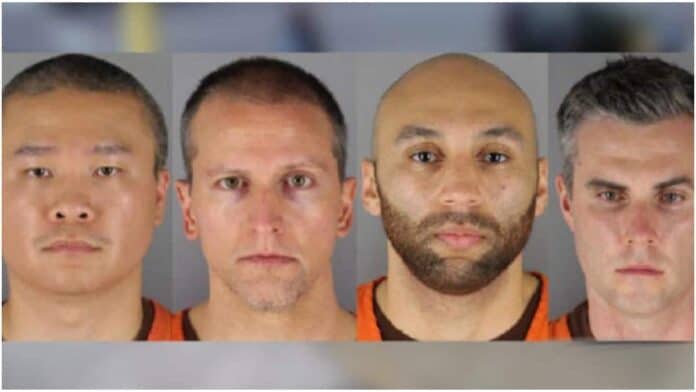 Floyd’s family settled a civil lawsuit with the city of Minneapolis for a record $27 million.

The indictment alleges Chauvin’s actions violated Floyd’s constitutional right to be free from the use of unreasonable force by a police officer and resulted in Floyd’s death.

Count two charges that Thao and Kueng willfully failed to intervene to stop Chauvin’s use of unreasonable force, resulting in Floyd’s death.

A separate, two-count indictment also charges Chauvin with willfully depriving a 14-year old Minneapolis resident of the constitutional right to be free from the use of unreasonable force by a police officer, in violation of Title 18, United States Code, Section 242.

Both indictments charge violations of Title 18, United States Code, Section 242. 18 U.S.C. § 242, which states that it is a crime for a government official to willfully violate a person’s constitutional rights.

Count Two of the indictment charges that Chauvin held his knee on the neck and the upper back of the teenager even after the teenager was lying prone, handcuffed, and unresisting, also resulting in bodily injury.

These charges are separate from the charges Minnesota has brought against these former officers, and the Department of Justice probe announced April 21. Specifically, these charges allege criminal offenses for violating the U.S. Constitution.

An indictment is merely a formal accusation of criminal conduct.

Floyd’s family settled a civil lawsuit with the city of Minneapolis for a record $27 million.

The federal criminal cases are being prosecuted by Acting U.S. Attorney W. Anders Folk of the District of Minnesota, Special Litigation Counsel Samantha Trepel and Trial Attorney Tara Allison of the Civil Rights Division of the U.S. Department of Justice, and Assistant U.S. Attorneys Samantha Bates, LeeAnn Bell, Evan Gilead, Manda Sertich and Allen Slaughter of the District of Minnesota.