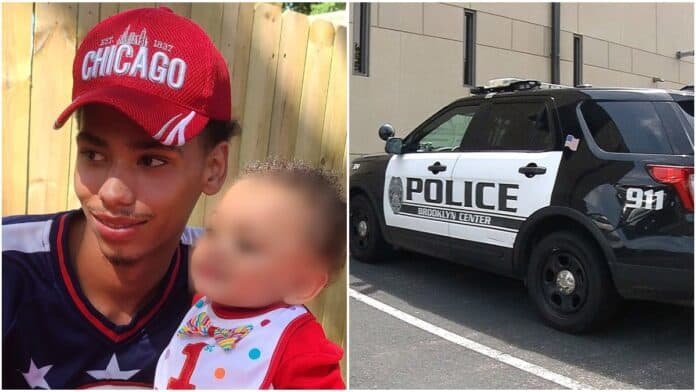 A Brooklyn Center, Minnesota, police shooting during a traffic stop is igniting growing protests only 20 miutes away from where George Floyd died.

The Daunte Wright shooting comes as the country is struggling with the Derek Chauvin trial, peaking tensions.

Brooklyn Center police stopped a car for a traffic violation in the 6300 block of Orchard Avenue shortly before 2 p.m. Sunday, according to a news release issued by the Brooklyn Center Police Department.

Officers discovered the driver had a warrant, they attempted to arrest Daunte Wright.

“At one point as officers were attempting to take the driver into custody, the driver re-entered the vehicle. One officer discharged their firearm, striking the driver. The vehicle traveled several blocks before striking another vehicle. Officers in pursuit and responding medical personnel attempted life-saving measures, but the person died at the scene,” the press release said.

A woman who was a passenger in the vehicle suffered non-life-threatening injuries during the crash and was taken to North Memorial Health Hospital.

The Minnesota Department of Public Safety Bureau of Criminal Apprehension posted on Twitter that there was an officer-involved shooting in Brooklyn Center.

MRN has learned that BCA agents and crime scene personnel are en route to an officer-involved shooting incident in Brooklyn Center.

The officer’s name has not been released.