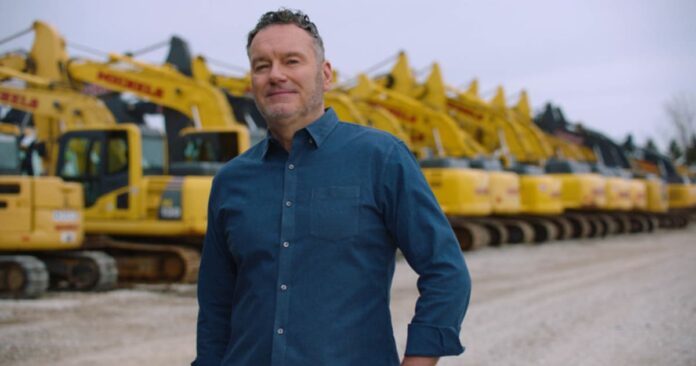 Michels Corp., the company that vice president and treasurer Tim Michels helps run, earned more than $17 million over the original contract amounts awarded by the Wisconsin Department of Transportation during the last five years, Wisconsin Right Now has documented.

The net earnings for the 31 projects were $17.7 million over the originally awarded contract amounts, state records show. The Michels Corp. projects span the state, from Milwaukee to Dodge Counties, and they involve some of Wisconsin’s most prominent and important roadways.

Over the same five-year period, Michels Corp. paid $1.1 million in liquid damages. Even if you count “current contracts” instead of the original contract amounts, there are almost $15 million in overages.

We gave the Michels’ campaign a chance to respond to these findings. They did not respond.

During the last debate, on the Dan O’Donnell show, Michels repeated that he believes there is “no waste, fraud and abuse in the transportation construction budget.” He said roadbuilding in Wisconsin is “highly competitive,” adding that he was “intimately familiar with that, of course.”

We used state records to compare the awarded contract amount for Michels Corp. projects to the net earnings listed for the company by DOT at the end of road projects. The records are only available online for the past five years, so we focused on that time period. A number of Michels Corp. projects are not yet complete, so we filtered those out to focus on only the projects that are finished (some at 100% completed, some a little more than that).

Michels Corp. was paid more than $567 million by the state during that time frame. The projects spanned both the Scott Walker and the Tony Evers administrations.

These numbers do not include earnings Michels Corp. made as a subcontractor.

There’s another project that we are not counting in the total: Phase one of the massive Zoo Interchange in Milwaukee County.

Michels Corp.’s website says, “Michels managed the construction of the Zoo Interchange Phase 1 reconstruction mega project as part of a joint venture named Wisconsin Constructors II, LLC.” The original contract awarded was for $198 million. The net earnings ended up being $206 million. However, since Michels was not the sole company involved in Wisconsin Constructors II, LLC, we are not including this in our analysis for now.

Dave Ross, Walker’s DOT secretary, revealed in a Madison.com column that a massive I-39/90 construction project came in $27 million over engineer estimates. He wouldn’t approve it, but he says Evers’ administration did. The contract went to I-39 Constructors LLC, “a partnership formed by Hoffman Construction, of Black River Falls, and Rock Road Cos., of Janesville.” We have documented that Michels Corp. had 19% of that massive project, to expand part of Interstate 39/90 south of Madison, as a subcontractor. The project is not yet completed.

Michels has tried to argue that his company saved taxpayer money by submitting the lowest bid for highway projects.

We found many examples where Michels Corp. was not the lowest bidder and did not get contracts, however.

For example, we took a random sample of three bill lettings in 2015. In those lettings, Michels Corp. lost the bid 15 times by bidding a higher amount than the company that was awarded the bid. They won the bid twice.

It’s not clear, though, whether the low bids on any of the Michels Corp. winning contracts came in over or under the state engineering estimates, like the project Ross cited, because, DOT tells us, those estimates are confidential. Michels claimed in the latest debate that, in the last 10 years, the “cumulative total” of savings by the “low bid contractor” has been $397 million less than the Department of Transportation engineer “estimate.” However, we have been unable to verify that number because Michels’ campaign is refusing to provide any documentation to back it up (we asked multiple times) and because, as noted, DOT says engineering estimates are confidential per state rules.

The state Department of Transportation budget is funded by, among other things, the gas tax. The gas tax has emerged as a major issue in the race since Wisconsin Right Now first reported that Michels and his company have held positions of leadership in groups that pushed to raise the gas tax. The groups also lobbied against Walker-era reforms like prevailing wage. Michels has denied personally supporting a gas tax increase.

In the last debate, referring to Michels, Kleefisch said, “Unlike my opponent, I’ve said there is waste, fraud, and abuse in government and in the Department of Transportation. I’ve seen it myself.”

Michels also said in the last debate that only 8 percent of Michels Corps’ business involves public projects, with 4 percent of that being Wisconsin road building.