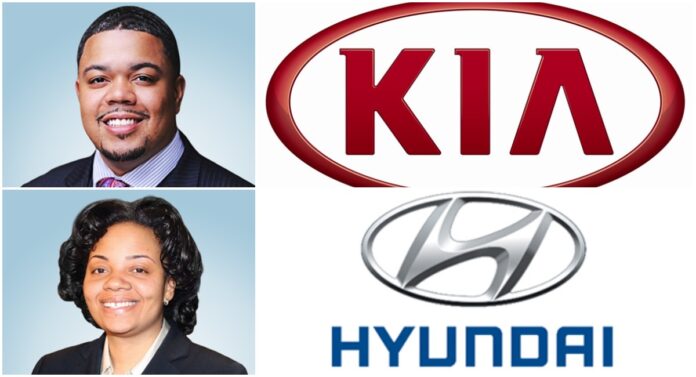 You can’t make this up.

As Milwaukee suffers from skyrocketing auto thefts, two Milwaukee aldermen have concluded the problem is the carmakers, essentially saying, “It’s the car’s fault. The car made them do it.”

The last part is hyperbole, but not far off.

Milwaukee Police say a 16-year-old who was driving a stolen Kia SUV crashed head-on into a car Tuesday night, killing himself and sending five people to the hospital.

“KIA and Hyundai are directly responsible, in my view, for the drain on police and other city resources that have been sadly directed to deal with the rash of vehicle thefts and the havoc those thefts have brought to our city,”

“It’s time for these companies to fix the problem they created.”

And Milwaukee wonders why the city can’t get a handle on crime? Rather than supporting tougher law enforcement measures or properly staffing the MPD, the aldermen are wasting their time sending “formal letters to the heads of vehicle manufacturers KIA and Hyundai, urging them to bolster their anti-theft systems so as to make their models harder to steal.”

In the nearly identically-worded letters sent to the car manufacturers on Wednesday, June 15, the Council members “note the jump in frequency with which the KIA and Hyundai models are stolen in the City of Milwaukee, according to the Milwaukee Police Department and backed up by posts on social media.”

The letters state, in part: “We recently asked our police department to review what we perceived to be a spike in vehicle theft. The results were disturbing. To date in 2021, the number of thefts has increased 181% over the same period in 2020. This spike began in November 2020 and was almost immediately associated by police officials with automobiles manufactured by your company and one other. Vehicles manufactured by your two companies have accounted for 66% of those stolen in 2021 – a number wildly out of proportion with their presence in this city.”

“Social media videos exposing car thieves or those who hunt them make what our city is going through seem unreal. KIA and Hyundai owners have been under siege, and too many of our neighborhoods, streets and sidewalks have been filled with the reckless behavior of those driving these stolen vehicles.”

“As the manufacturers of these vehicles they owe it to their customers to fix the problems that help make these brands of vehicles easier to steal,” she said.

The news release said that ‘Alderman Rainey said KIA and Hyundai bare some measure of responsibility for the rash of stolen vehicles in the city since 2020 – and the destruction and danger to public safety that comes with the city-wide problem.”

“Because of the defective locking systems in these vehicles, we as a city have been offering steering wheel locks to people who can prove they own one of the vehicles in question,” he said.