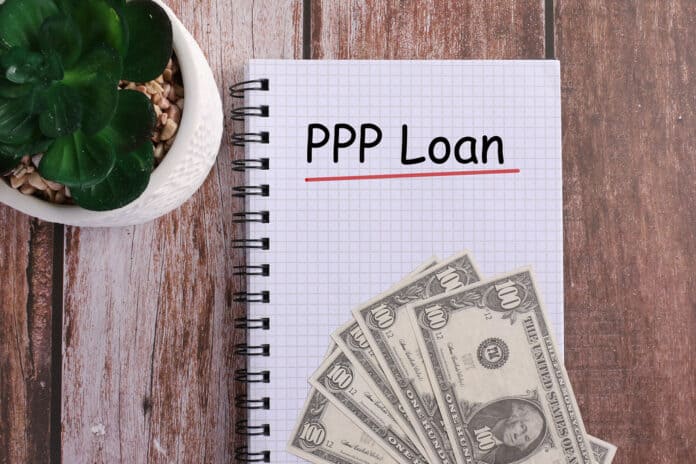 After Minnesota projected a $1.6 billion budget surplus for the next two years, Republicans in a Monday press conference said the state taxing the Paycheck Protection Program (PPP) loans is “unconscionable.”

More than 30 states, including all of Minnesota’s neighbors, have conformed with the Internal Revenue Service tax code and won’t tax those loans.

Lawmakers argued businesses didn’t plan for these taxes and have already struggled to operate for the past year under Gov. Tim Walz’s that forcibly closed some companies for months and restricted others to operate at 25% capacity.

If nothing changes, the state will tax businesses that took PPP loans as income at the corporate tax rate of 9.8%, which could leave a business that received $500,000 in PPP loans with a roughly $50,000 tax bill.

The U.S. Congress approved the PPP program as part of the March 2020 stimulus law to stem last spring’s ballooning unemployment rate. The program handed $11.3 billion to 102,352 Minnesota businesses in 2020.

Sen. Thomas Bakk, I-Cook, said the $438 million businesses would have to pay in taxes would otherwise be invested into the community, loans which the federal government explicitly said shouldn’t be taxed.

Bakk sponsored Senate Bill 263 to ensure PPP loans can’t be taxed and can be deducted from business expenses.

“They made business decisions to keep people employed … since they’ve received the loans based on the business model that they wouldn’t have to pay taxes on the money,” Bakk said. “Now, to come back and say after they’ve spent the money, kept people employed, which was the intent of the whole program, to be told that they have to pay taxes on it, seems really really unfair.”

Bakk said the one-time federal boost that propelled the state budget surplus should be spent on a one-time expense like forgiving state taxes on PPP loans.

Beth Kadoun, the vice president of Tax and Fiscal Policy of the Minnesota Chamber of Commerce, said lawmakers should adopt a do-no-harm approach for the over 100,000 businesses in the state who took loans they believed wouldn’t be taxed.

“The message from our private-sector employers is clear: a top priority for this session must be on Minnesota’s economic recovery,” Kadoun said. “This includes a do-no-harm approach which is critically important so additional cost burdens aren’t placed on our private sector employers who are doing their best to keep their doors open and people employed as we continue to grapple with the impacts of COVID-19.”

The PPP loan forgiveness is another piece of the budget puzzle.

While DFL lawmakers want increased taxation on companies, nicotine, and higher incomes to fund schools and other tax breaks, the GOP says any tax increases are a poison pill. However, Walz’s $52.4 billion proposed budget relies on $1.66 billion of tax hikes.

Gazelka said he plans to push the PPP forgiveness legislation onto the Senate floor within a week.